When you book with an account, you will be able to track your payment status, track the confirmation and you can also rate the tour after you finished the tour.
Sign Up
61
12-days
United States
Northern Spain
Max People : 15
Cultural
OverviewItineraryIncludesPaymentsPhotos

After breakfast Start your trip to Barcelona with a visit to Casa Batlló, a building in the center of Barcelona. It was designed by Antoni Gaudí, and is considered one of his masterpieces. Throughout the tour you’ll see Gaudi influence on architecture all over the city. A remodel of a previously built house, it was redesigned in 1904 by Gaudí and has been refurbished several times after that.

After a quick break for lunch, we will visit to the most iconic Gaudi architecture in the city. The Basílica i Temple Expiatori de la Sagrada Família, also known as the Sagrada Família, is a large unfinished minor basilica in the Eixample district of Barcelona, Catalonia, Spain. Designed by the Catalan architect Antoni Gaudí, his work on the building is part of a UNESCO World Heritage Site.

After breakfast head over to Fundació Joan Miró, a museum of modern art honoring Joan Miró located on the hill called Montjuïc. After the museum continue to explore Montjuic until lunch.

This morning, after breakfast, visit the Cathedral of Barcelona, the Gothic cathedral and seat of the Archbishop of Barcelona, Catalonia, Spain. The cathedral was constructed from the thirteenth to fifteenth centuries, with the principal work done in the fourteenth century.

Next, head over to Santa Maria del Mar, a church in the Ribera district of Barcelona, Spain, built between 1329 and 1383 at the height of Principality of Catalonia’s maritime and mercantile pre-eminence. It is an outstanding example of Catalan Gothic, with a purity and unity of style that is very unusual in large medieval buildings.

Afterwards get lunch and head over to the Museu d’Historia de Barcelona and after the museum, we make stops at Placa del Rei square & Temple d’August. Then we will explore the Gothic Quarter of Barcelona and get dinner at a local café here before heading back to the hotel.

A day at Montserrat

Travel through to the breathtaking multi-peaked mountain range of Montserrat. Board a cogwheel train, visit a historic monastery on the Montserrat mountain range, and admire some incredible views. Later, return to your hotel in Barcelona.

Off to Bilbao - Casco Viejo

Today we start early and get on a train from Barcelona to Bilbao and enjoy the Spanish countryside. Once you arrive, check-in to your hotel and get settled. Have the rest of the day to explore Casco Viejo, the medieval old quarter, a lively riverside district of narrow alleys lined with modern shops and traditional taverns. La Ribera market has food stalls in a boatlike waterfront structure, flanked by pintxo bars serving Basque tapas on sticks.

Today, after breakfast, start your day with a visit to The Guggenheim Museum, a museum of modern and contemporary art designed by Canadian-American architect Frank Gehry, and located in Bilbao, Basque Country, Spain. The museum was inaugurated on 18 October 1997 by King Juan Carlos I of Spain, with an exhibition of 250 contemporary works of art.

After the museum visit grab lunch at the museum café and head over to Gaztelugatxe, an islet on the coast of Biscay. It is connected to the mainland by a man-made bridge. On top of the island stands a hermitage dedicated to John the Baptist, that dates from the 10th century, although discoveries indicate that the date might be the 9th century. Lodging this evening will be in Bilboa.

This morning we will travel to Cantabria to visit The Caves of Monte Castillo, an archaeological site. The archaeological stratigraphy has been divided into around 19 layers, depending on the source they slightly deviate from each other, however the overall sequence is consistent, beginning in the Proto-Aurignacian, and ending in the Bronze Age.

As only small groups are allowed into the caves, we will split the group into 2. The first group will visit El Castillo while the other visit Las Monedas, and then the groups will swap.

After the caves grab lunch at a local café in the Town of Puente Viesgo. Later, we will have free time in Santillana del Mar.

Today, after breakfast head over to the replica of the Cave of Altamira, a cave complex, located near the historic town of Santillana del Mar in Cantabria, Spain. The original cave has been closed to the public for years for conservation purposes. This cave is renowned for prehistoric parietal cave art featuring charcoal drawings and polychrome paintings of contemporary local fauna and human hands. The earliest paintings were applied during the Upper Paleolithic, around 36,000 years ago. The site was discovered in 1868 by Modesto Cubillas.

After the caves grab lunch and have more time to explore the historic town of Santillana del Mar before heading back to your hotel in Cantabria.

Off to Burgos - Museum of Human Evolution & Atapuerca

Today get an early breakfast and head over to Burgos. Once you arrive head straight to the Museum of Human Evolution.

After the museum grab lunch and head over to Atapuerca excavation sites. The archaeological site of Atapuerca is located in the province of Burgos in the north of Spain and is notable for its evidence of early human occupation. It was designated a World Heritage Site in 2000. After the visits head to the Hotel.

Today after breakfast head over to Burgos Castle. In the mid-1980’s, a complex archaeological study was conducted in which it was established that the signs of oldest human populations both in the hills del Depósito, de San Miguel and del Castillo, form an ensembles of the first order. Traces of prehistoric human groups both of the Beaker culture, and the first Iron Age with similarities to Soto de Medinilla. Within the hill of the castle was located the oldest town on record in the city of Burgos dated around 2000 B.C.

After the castle grab lunch and visit Monasterio de las Huelgas. The Abbey of Santa María la Real de Las Huelgas is a monastery of Cistercian nuns located approximately 1.5 km west of the city of Burgos in Spain built in 12th – 13th century. Later we get dinner at a local eatery and head to the hotel.

Today we drive back to Bilbao to get on a flight to Barcelona. Once we arrive, check-in to your hotel and get settled. Have the rest of the day to explore Barcelona at your own leisure. In the evening we go for a traditional farewell dinner to conclude this great adventure.

Price per person is based on single or double occupancy. 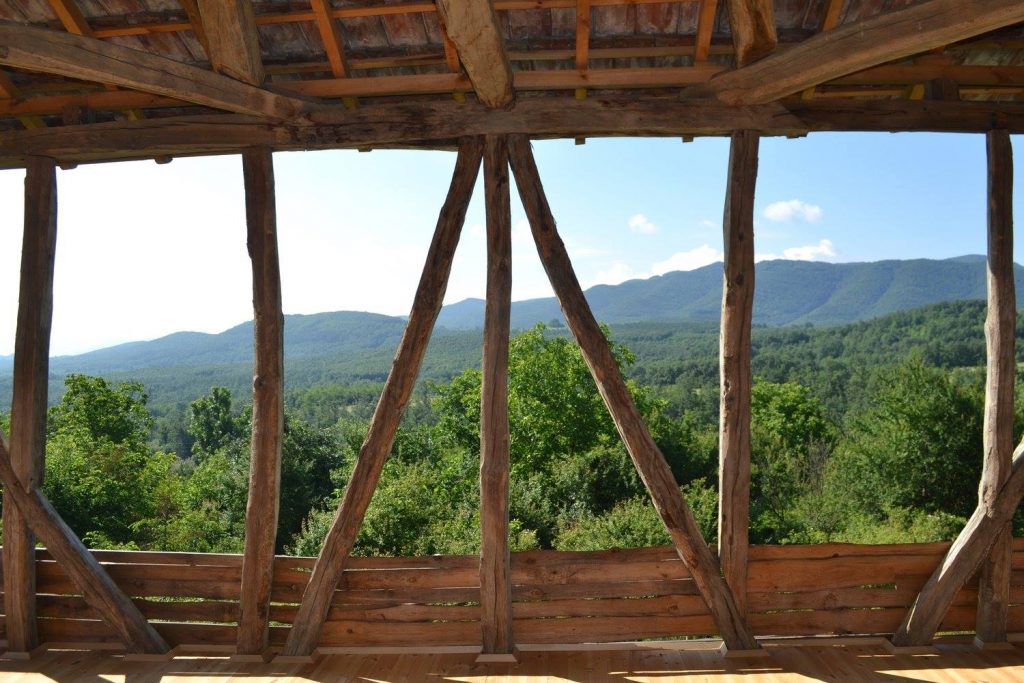 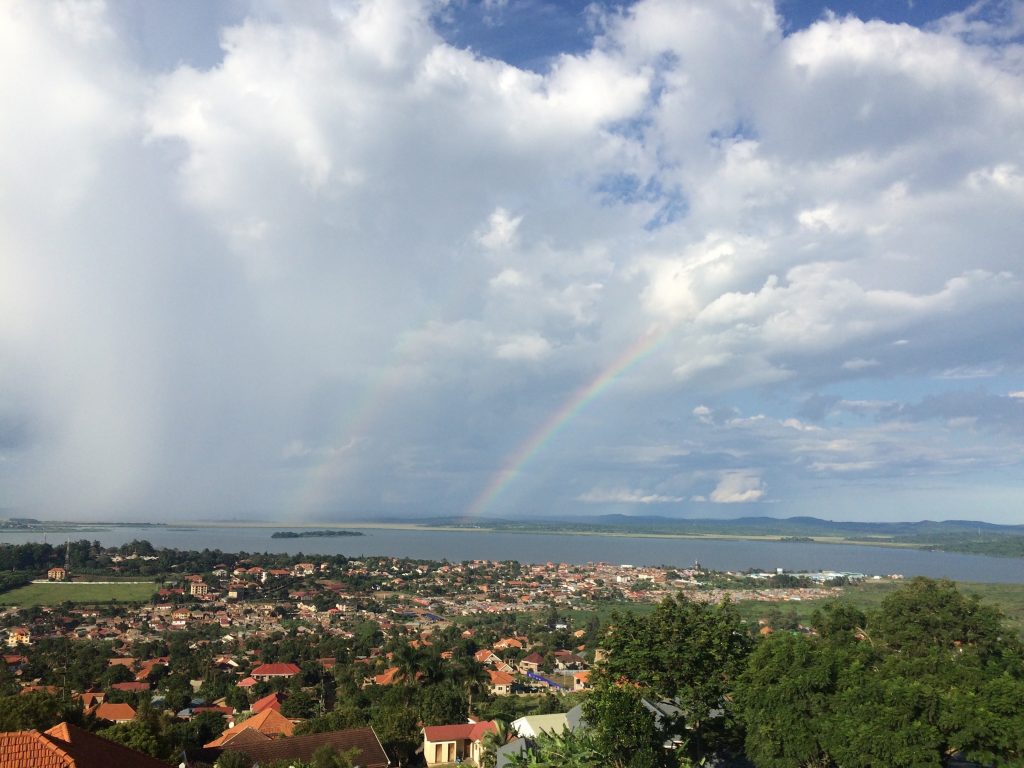